Wink of The Honeybee: Why I Followed an Unlikely Passion and The Insects That Captured My Heart 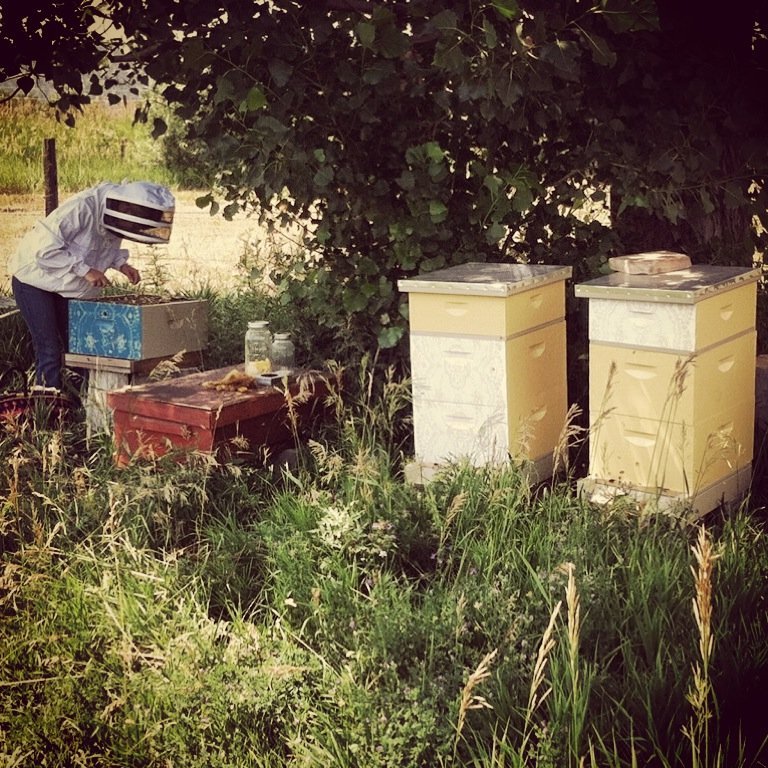 A few years ago, I was searching for something to watch on Netflix. When I came across a documentary cover featuring an alluring photo of a woman with her arms in the air as if dancing; a pink flower tucked in her hair and covered neck to navel in thousands of honeybees, I was immediately captivated. Without even reading what the film was about, I clicked “play”.

I sat wide eyed as the documentary; “Queen of the Sun” outlined the tragic state of the honeybee and highlighted the unsung heroes, the protectors and keepers of bees. As they told the story of beekeepers across the U.S. from rooftop apiaries in bustling cities to the backyard beekeepers, I couldn’t shake my curiosity about the passion, love and admirations with which beekeeper spoke of their “Girls”. I wanted to understand how such a seemingly magical connection could be formed between humans and insects and wanted some how, to do my part to help them. Suddenly, something I had never thought much about became a heart felt passion.

A year later I took a class through a local beekeeping association (nocobees.org). If there is anything I’ve learned through coaching, the energy and enthusiasm I felt taking this class was my essential-self on cloud nine. And every time I talked about bees I found myself strangely emotional…about an insect (which is only slightly embarrassing). It was clear to me that this was more than a passion but a soul calling of sorts. Over the next few months I spend hours and hours building and painting my hives so as to be fit for a queen, loving (just about) every moment of it.

As the time grew closer for the package of bees to arrive, I became increasingly nervous and questioned if I knew what I had gotten myself into…but then strange things began to happen. I was walking around the downtown area in Fort Collins one afternoon and something on the sidewalk caught my attention. I walked past it but then doubled back. There, lying on the sidewalk was a small piece of natural honey comb. Shocked to find it in such a weird place, I searched the area, looked up in trees and at the eves of buildings, trying to find any logical reason for it to have fallen there, I never found one. Later that week I was turning the page of my partner’s farming calendar that I had honestly never paid much attention to, and the next month’s photo and article was all about Honeybees. Around this time I was spending the afternoon with a good friend of mine when she asked me if I wanted to pull spirit cards. I drew nine cards from three different decks and the final card I turned over had the image of a honeybee. I remember laughing out loud in disbelief, but a part of me thought, “of course I’d pull the honeybee”.

The first day I went to check on my hives, I came home to find an package waiting for me on my front porch. I opened it to find a small painting of flying bees that a friend of mine had sent me. I emailed to thank her and said “you know how there are times in your life when funny signs continually show up? Thank you for being a part of the confirmation that this is something I’m supposed to do”. She responded to say “you are so right about those winks from the universe with the bees. It is definitely telling you something.”

She had said it perfectly. Yes, I think these winks and nudges from the universe were telling me I was on the right track, at least that’s the way I choose to look at it.

Every week of that summer I couldn’t wait to go see “My Girls”. I love working the hives, cracking the top and breathing in the intoxicating aroma of bees wax and honey . Trust me, it never gets old, and neither does the excitement of spotting the big beautiful queens. Seeing the eggs turn to larva, eventually to get capped over with wax and watch as fully formed bees chew and wriggle their way out of the cells a few weeks later, is quite remarkable to witness and one of my favorite parts of beekeeping.

The bees have taught me many things. They taught me patience and the importance of being present. They taught me how my energy can directly influence another living creature’s. If i’m calm, they will be too. Over time i’ve begun to learn their body language, how to listen to the pitch of their buzz and ultimately determine their mood. And most importantly how to be respectful when they are telling me they have had enough.They have taught me the beauty of community as each bee works her entire life for the greater good of her colony and that no one bee is any more important than the other; an inspiring message we could all stand to live by.

The honeybee has also taught me that following an intuitive calling, inspired action, an unexpected passion, and paying attention to the small winks from the universe, are essential to living a life that fills me up. I could have easily ignored the feeling (and have before under different circumstances) and made a million excuses of why I couldn’t or shouldn’t become a beekeeper. I know now what a tremendous loss that would have been.

I’d love to hear from you, what are the unexpected passions that you’ve followed, or the ones you wish you had?

Plant lots of flowers and don’t spray pesticides/herbicides or find natural alternatives, it’s the easiest way for us all to help them survive and thrive. 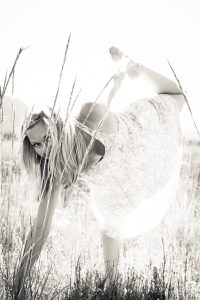